New Single release: ‘AS WE TAKE THE STAGE / OWNED’ 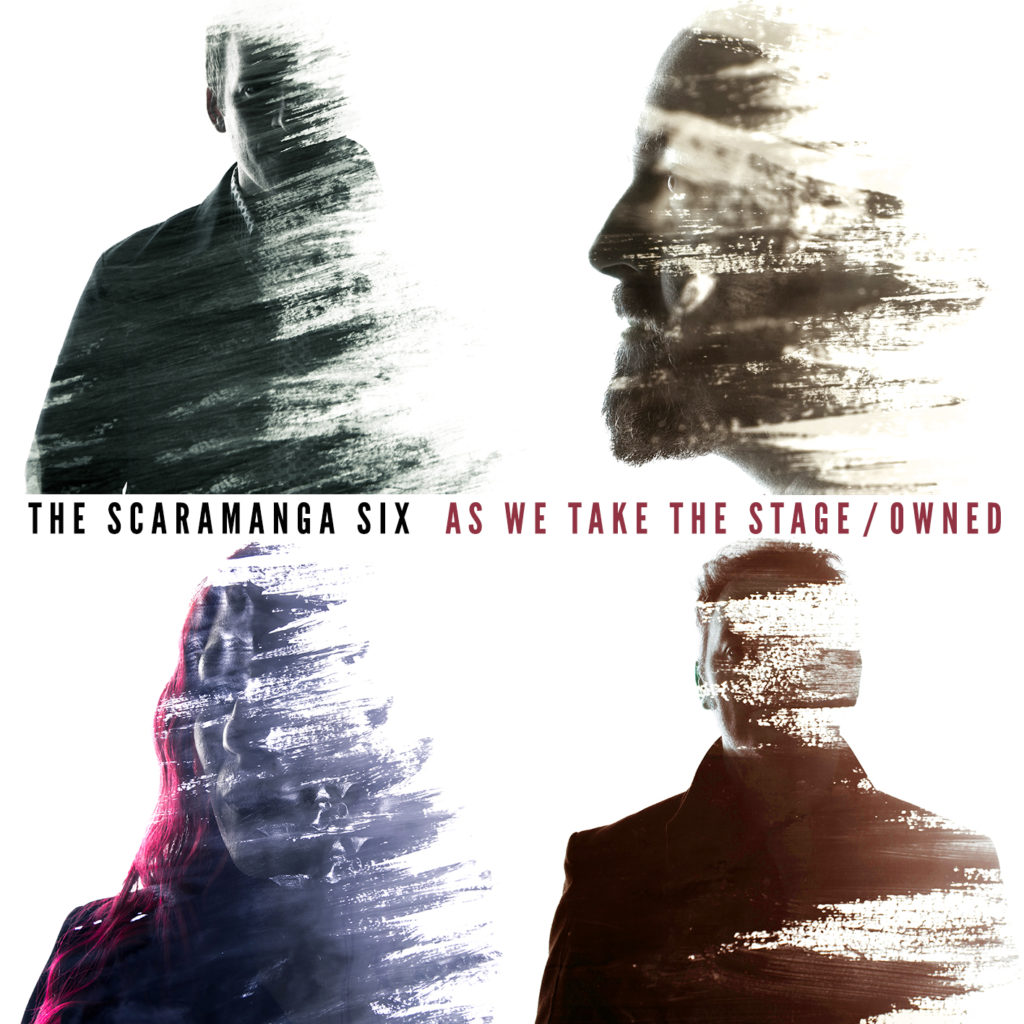 So it appears THE SCARAMANGA SIX have emerged from their murky hideout once more, their many busy appendages pumped full, old casings cracked and shaken away, hardened and hungry with abdomens bloated ready to burst forth.

Over the past 14 months, the irrepressible group have been back to Lord Alan Smyth’s studio in Sheffield galvanising a new arsenal of material that will come to form their 9th studio album. So much has been accrued of sufficient quality that they have finally taken the inevitable step of planning a double-album. The title of this work will be ‘CHRONICA’ – containing an abstract story roughly hewn from a concept of a dystopian island society. A place where everything has fallen into ruin, yet people still seem to have the same preoccupation with the trivial crap they had before. The population trudge through a chaotic existence on top of each other with absolutely no hope of a better life. Society is reduced to its base behaviour yet people still crave superficial fixes. The human condition carries on regardless. There is no outcome, no lessons to be learned.

The Scaramanga Six aim to release this monster in the summer of 2017 on heavyweight double vinyl as well as the usual digital formats via the medium of the PledgeMusic platform that worked so well for their previous album, ‘The Terrifying Dream’. There will be a trove of other pledge-based exclusives made available, some generous and some personalised and abusive. Watch this space for more information about this soon.

For now though, you are offered a pair of epic & expansive tracks from Chronica as a stopgap/taster of things to come. This single release will be entirely digital, and you are asked to pay what you want for the tracks – even if that be nothing. All that The Scaramanga Six ask is that you digest, enjoy and share.

The new single is available via BandCamp right now. Simply follow these links to listen and obtain:

AS WE TAKE THE STAGE

The core quartet of Morricone/Morricone/Arnez/Champion are bolstered by long-term collaborator, Stephen ‘Evens’ Gilchrist to return to the double-drum assault last heard on the ‘Phantom Head’ album. The distant pounding comes to the fore and the band launch afloat a gargantuan vessel towards the shores of the Chronic Isle full of the foolhardy self-confidence that has chequered their careers. They can’t stop and they won’t stop. This mantra is repeated belligerently as a barrage of drums build and build.

Those of you who have attended any of the band’s recent rock rituals may have heard an intense and brutal version of this epic new song, which seems to be a strange dichotomy of internal fury and overt sloganeering. It has undoubtedly been well received, with startled gig-goers finding themselves joining in involuntarily after just the first howl of the chorus.
This studio recording kicks off with an almost teutonic overture featuring the mighty Wasp synthesizer. The scene is set – it’s a retrospective vision of a potential future, all tinfoil and tablets. What follows are three movements of increasing velocity and ferocity. A picture of Chronica emerges as the lyrical content jumps back and forth in time to reveal the cyclic nature of decay – ‘This is not the end’. Musically, the band explores a tapestry of bleak post-punk, krautrock and bludgeoning melodrama.

The photography for this release is the work of Ben Daure using an amazing technique of double-exposure and composition to create these images in-camera. You can find more of his work here: www.grape-productions.com

Thank you for listening.